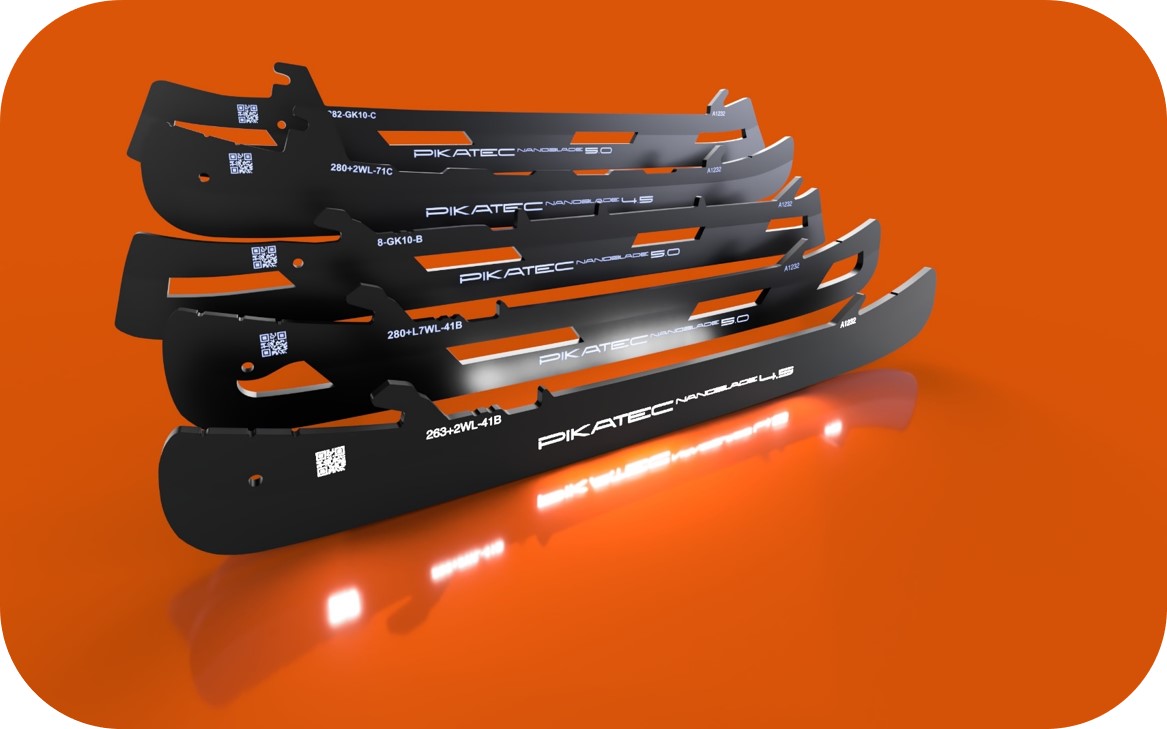 After several years of development, we are launching a new ice skating product: ice hockey skate blades with a nano-groove – PIKATEC NANOBLADE. The unique patented design and sharpening method push the boundaries of speed, agility, stability, reduced effort and endurance even further than what you are used to. NANOBLADE blades are compatible with BAUER and CCM ice skates. How do NANOBLADE blades work, and what makes them unique? You can learn more here.

Pikatec Nanoblade blades are not cut from 3 mm sheet metal like ordinary blades; they are machined on a 3D machine so that they have a standard width in the holder area, which gradually expands to 4.5 mm, or 5.0 mm. This also changes the lateral trajectories of the edges from a flat to a spatial dimension, allowing greater maneuverability in an incline. The nano-groove and the extremely sharp edges provide another dimension of possibilities for skaters.

Pikatec Nanoblade blades have been designed for different gliding characteristics, speeds and agility, with several different geometries. Some geometries have been specially designed for a smooth transition from standard blades to a nano-groove (2WL geometry and GK6 for goal keepers), while others were designed for extreme possibilities - but these require experience and some adaptation. It's like a regular bike and a racing bike; amateur cyclists won't be able to fully utilize the possibilities a racing bike offers, and some features may even bother them at first. It's best to first learn how to ride a regular bike and then move on to the professional model. You have to know that if you want different (better) features, you need to get used to certain changes. Experience has shown us that younger hockey players (juniors) generally adapt within half an hour. It takes senior players a little longer, depending on their willingness to adapt and accept changes.  You can read more about geometries here.